For the second year in a row, I went to downtown Victoria, BC, for Car Free Day.  This year it took up a few more blocks of Douglas Street than last year and I enjoyed walking along, looking at all that was offered.  As I parked in a city parking garage, I was able to walk a very short distance before arriving at the first display, which was set up by local first nations.  Initially, there were various fantastic carvings but nobody was performing.  For most of the walk, I had my Canon DSLR for photos, but when I returned to the First Nations display, while they were performing, I took out my Hasselblad 500 EL/M (more on this and the medium format film photos in a later post). 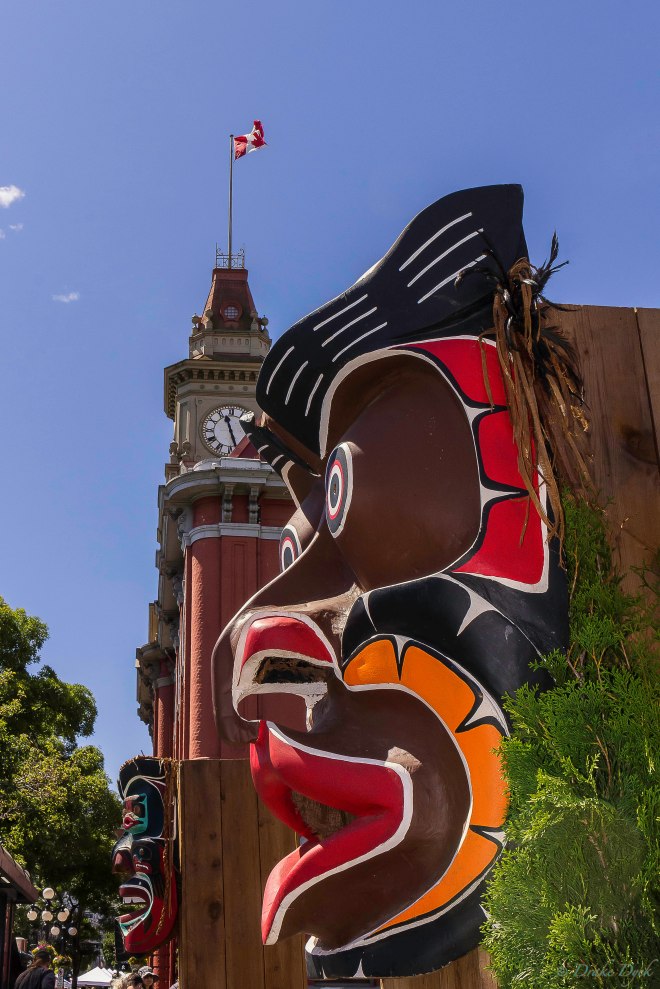 These kind of events always attract large crowds and interesting people.  Most of them are just there enjoying the atmosphere, although some are seeking something… maybe even some gratitude.

Gratitude on his Mind

It wasn’t just on Douglas Street where there were interesting sites.  Some of the side streets were filled with interesting people and their vehicles, as well.

What really made Car Free Day in Victoria special, though, was the people who were there just to do their own thing.  There were some doing yoga and many selling arts and crafts of all kinds.  Food and music was also popular.  There were several bands and even an artist, creating a painting of Victoria city hall. With no cars on Douglas Street it was an enjoyable afternoon of walking around.  Almost felt like the old days.  I’m looking forward to seeing what they do for next year.