Macaulay Point is now a nicely maintained park in Esquimalt, BC, with walking trails overlooking the shore.  It contains protected plant life and structures left over form its days as Fort Macaulay, also known as Macaulay Point Battery. 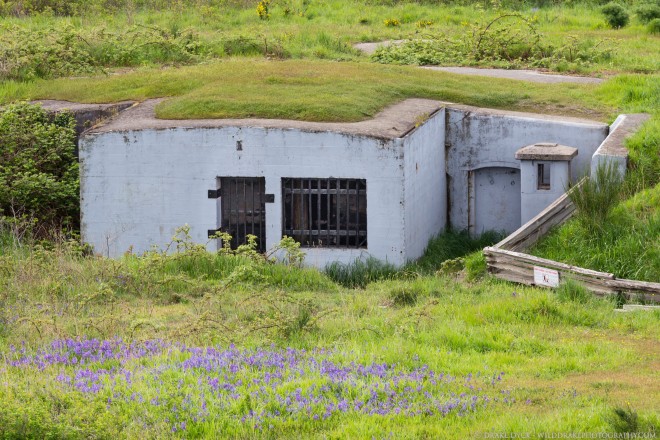 Historic bunker is surrounded by a fragile ecosystem

Large sections of the small park are fenced off to keep people and their dogs off the sensitive areas were a variety of protected plant species grow.  Unfortunately, like many other places, people and their pets too often ignore the signs and wander into these areas. 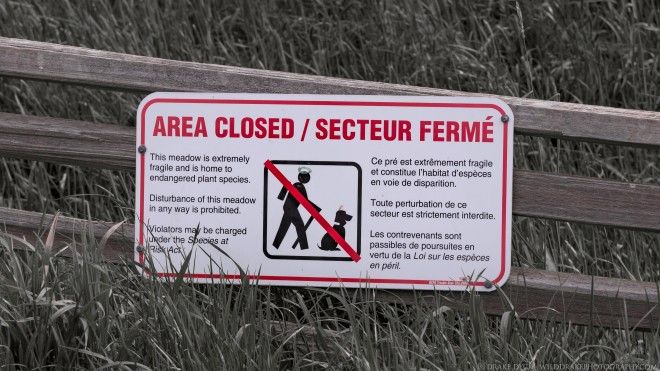 One of any signs erected to protect endangered plant species

On the backside of the hill there is an old tunnel that provided protection for personnel and supplies to move up to the positions from the storage areas at the rear.

A number of old brick buildings that were used for storage and other purposes are still standing at the rear of the park.  They are all well maintained and have had steel bars, and sometimes metal mesh, placed over their entrances, to keep vandals out.

A window on one of the old storage buildings

The gun batteries at Fort Macaulay were first built in 1895 and were upgraded from the original rifled muzzle-loading guns, to three Mk 6 guns, with two of those being removed in 1924 and replaced with two 6-inch quick-firing MK2 naval barbette guns.  In 1938 the guns were replaced with 6-inch MK7 guns.  In 1942 two Anti-Aircraft guns were added.  Those are all long gone and now only the gun emplacements remain to show they were ever there.

Looking out over an old gun emplacement