For the second year in a row I went to the Kelby World Wide Photo Walk, in Victoria, BC.  This time there were about half a dozen photographers from my local photo club that joined the walk through Beacon Hill Park and surrounding areas in the city.  It made for an interesting trip with a wide variety of subjects to photograph. 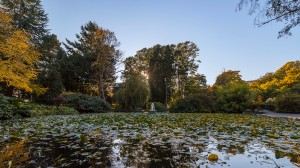 One of the places we walked by was the BC Legislature grounds.  Besides the beautiful Legislature building itself, there are numerous monuments on the grounds, which are always covered with tourists.

The details of the Legislature building itself areaways interesting.  There are various statues and intricate stonework spread around, as well as the distinctive green domes on the roof.

Close by is the Empress hotel, which is one of my favourites to both look at and to stay.  The vines that cover much of the building give it a distinct look and feel.

Even just the walk back towards the park revealed interesting details on the sides of local buildings.

The return through the park gave me opportunities to photograph some wild life and others less fortunate.

As the walk was coming to a close, I was lucky enough to get a shot of a model posing for another photographer, sitting on top a stone bridge.  Turns out they had nothing to do with the Photo Walk.  We all just happened to be in the same place at the same time.  I’m looking forward to next year’s WWPW!

Okay, here’s a late edit… I thought I’d see what one of the photos from above looked like with some clouds and warmth…